October 31, 2017
This series I call Finding God and it is an example of questions that plague me on a daily basis, and the process of my imagination, going back to my first memories... What/where/how is God, What/how/why am I? 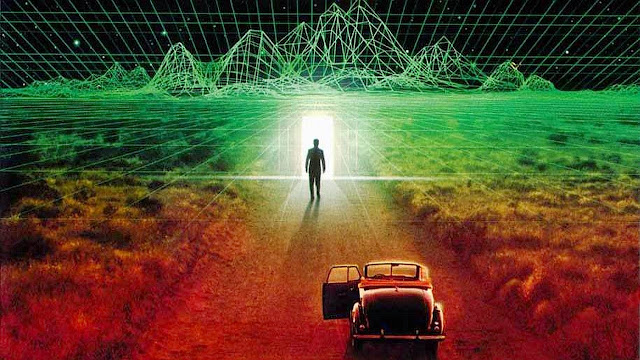 What if everything you’ve ever believed was wrong? If everything you take for granted and assume as fact, is just plain wrong… Look around you. Pick an item, anything... Odds are, you are looking at something very hard and solid. Touch it. Feel how solid it is, there is no denying that its right in front of you, that it is indeed a solid mass, right?

Well, whatever solid you chose, is 99% nothing at all. In fact, there is so much empty space in that solid thing, that certain wavelengths have no trouble traveling straight through it without even the slightest collision, and it appears on the other side.

If you laid the peanut down on the center of Wrigley Field, you’d have a rough idea of just how much empty space surrounds a single nucleus. That’s a lot of room for activities folks. Because of all this empty space, Radio & Television waves are able to pass through your body constantly. It’s happening this very moment. Similarly, when we visit the opposite end of the spectrum, X-rays & Gamma rays are able to pass through you as well, albeit not as unnoticeable as radio waves.


If all of this extra space in a human body were suddenly withdrawn into itself, an entire human would fit within one grain of sand. If God truly created man from dust, it becomes easier to understand that that symbolism could be quite literal. You are one piece of dust, filled and energized with empty space.

So if ourselves, and most everything we know, is in fact mostly nothing at all… how does that change what we think or how we interact with the world? If everything is made out of nothing, yet, nothing is everything then I just am and you just are. 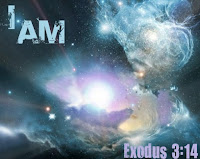 In the Old Testament, God tells Moses one of his many names is Ehyeh Asher Ehyeh, or I Am That I Am, frequently choosing the shorter I AM. An all-powerful creator undoubtedly knows more of the fabric of reality than we ever will, but perhaps the students are finally learning from the sage, it’s had to be pounded into us.

Created in his image, God is a part of us, and we are a part of God. The divine is within all of us, and the ability to be self-aware is a godly gift. Like God, we too can create. Our imagination can and has led to many achievements, arts, medicines, inventions, scientific & spiritual realizations, and so much more. Is it not a bit exciting and humbling to think of yourself as godly? Are we not small scale representations of God himself? If so, it is our brains that are the most god-like feature in us and it is there where these realizations take place.

Take a moment to look at this image of your brains neuron network, and the most-zoomed out image of the universe we have created using microwave imaging. The similarities are too alike to chalk up to chance or coincidence…

So, let’s revisit the human/god connection. 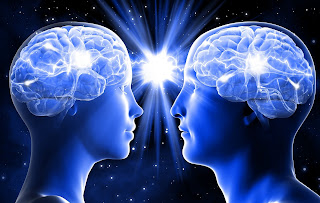 Man was created by God, an all knowing, powerful creator, in his own image. God imagined in his godly brain, acted on it, and then decided to start creating. We were born of this creation. All of the universe is God’s creation, therefore it is his image, and we are representatives of his creation. Does this mean God appears human? Or, is the only part of us that is “in His Image”, in fact, our brains.

What if what we are gazing out at, the galaxies, nebulae, black holes and stars of the universe, are not the map of creation alone, but rather, a look into God’s imagination. What if everything we see is the unending creativity of an all-powerful creator at work!

I say at work, because he isn’t finished. Quantum Physics has one major flaw at the foundation of its study. It cannot explain how, or why, our universe is expanding, and not only that, but accelerating rapidly. All understandings of gravity state that the expansion should be slowing down instead. This is a big problem and as scientists worldwide try to solve this problem, using intense knowledge and understanding of mathematical and logical principals for their hypotheses, I propose my own hypotheses, devoid of math and logic:

The observable universe is God’s brain, and it is still at work, creating and perfecting at the speed of existence (the speed at which the universe is expanding) and there is no way to know when he will choose to stop, for he is the Alpha and the Omega, the beginning and the end. 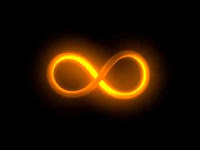 Further, if we believe that our brain is Gods image, and that he likely created other life among this
universe, they could look wildly different from us, and would only have to have similar brain structure to also be “in his image”. Might we have some cosmic cousins out there, aware of themselves and their creator, somewhere?

For now, walk a little lighter, knowing that you are nothing more than a heavy speck of star dust, full of empty air, striding across a spinning blue rock, floating in empty space around a bright, spherical fireball, held in with gravity, within a galaxy holding millions of spherical fireballs, rocketing away through more empty space towards a gravity defying edge that doesn’t exist yet, shouldn’t exist at all, yet is all too real.

Popular posts from this blog

I AM A FUCKHEAD

May 07, 2018
I've always been told I learn everything the hard way, and looking back on my life thus far, I couldn’t agree more. I used to feel resentment about this aspect, imagining I was being picked on by some higher power, a bully with a magnifying glass on little Jared Ford. Ha!   Alas, I seem to have entered into a new phase . Whether that is because of changes I've been trying to implement, or just an inevitability of aging, I can't be sure, but I finally feel that I’m gaining the ability to recognize potential for growth within my mistakes. It’s taken 26 years, but maybe I know why this obstacle-ridden road has been my path — to teach others. If I’m going to constantly stumble through life, the least I can do is try to shed light on a few metaphorical bridges I’ve traveled that were missing a plank or two, and hopefully, prevent you from stumbling yourself. Now, I could tell stories about my many shortcomings for days on end, but I’d like to share a little
4 comments
Read more

A Quest for Adventure (or) A Yellowstone Education

September 05, 2017
We should have known anything called Devils Slide wasn't going to be a cakewalk... but there we were, down to our last ounces of water, crawling over decade old skeletons of antelope, elk, and bears, peering over the edge of yet another sharp precipice. A branch hit my hat and I watched it slip off my head and fall through the air. My heart sank, my aching legs complaining with the realization that they would be hiking back up this peak once again... but I'm getting way ahead of myself! let's go back to the beginning! Day 1 Thursday morning, a decision was to be made. Stay home in L.A. and enjoy a long Labor Day weekend... or , drive all through the night and next day to Montana, on a whim, with only one goal in mind: collect as much information on Forrest Fenns hidden treasure from the Yellowstone locality as possible. We chose adventure! After a hasty pack, we were on the road. We made it deep into Utah before pulling over to get some rest. I really cou
6 comments
Read more

Finding God - Free Will and The Multiverse

May 01, 2018
Finding God Free Will and The Multiverse There is a rarely a night I fall asleep without having read every new Science article on Google News. For me, it's comparable to those countdown calendars you get for Christmas, but instead of fueling a sweet tooth with a nightly treat of chocolate, I get to fuel my curiosity. I can't get enough of it. Many of the concepts are too technical or advanced for me to fully grasp, but it sure doesn't stop me from trying. There is one theory that has ensnared my imagination these days, one that has become omnipresent in my mind—the Theory of the Multiverse. If you aren't familiar, allow me to attempt a brief explanation. Multiverse Theory has many variations but, at it's core, is the belief that our universe is but one universe among infinite universes, all existing simultaneously. All space, matter, and energy that has ever existed makes up these many universes. Now for the time being, there is no way to test this th
1 comment
Read more

December 14, 2018
REVELRY By: Jared Ford rev•el•ry ˈrevəlrē noun Lively and noisy festivities, especially when these involve drinking a large amount of alcohol. "Sounds of revelry issued into the night" A better definition could scarcely be found Agreed every irritated neighbor around I awoke to the thunder that ended my slumber Who creates such a riot, I suffered to wonder The wild things are here And with them, comes fear Fear of the roars, and thumps in the night Echoes of monsters who scream their delight How peculiar, how odd, why here? Why now? What stirs their heart to arouse such a howl? The wild things I hear As I slowly draw near Their beastly attire, gleams ever brighter As the fire spins higher, their eyes do inspire They dance with such glee, their spirit carefree How enticing for me, this uncouth jubilee… The wild things I’ve seen Don’t appear all that mean Into the light, I announced my arrival A dozen kind sm
1 comment
Read more

January 26, 2018
The United States of America.   Doesn't feel so "United" right now, does it? If you've watched the news, logged into social media, or just visited the internet in the past 2 years, then you're probably more than aware of the ideological divide in America these days.  So what happened?  I think one of the first and foremost issues at hand, is that Americans have forgotten what exactly an  American looks like. In today's world of hand-picked news, feedback loops, and "safe spaces", it's become effortless to only see and hear those people that you agree with. Suddenly your preferred image and audience is easy to see and anything else that challenges your views can be simply blocked, removed, or unfollowed. It becomes easy to believe that a "real American" is someone who looks, talks, and thinks a lot like you do.   We forget that this nation is made up of 50 independent states, smaller de facto nations, that vary i
1 comment
Read more